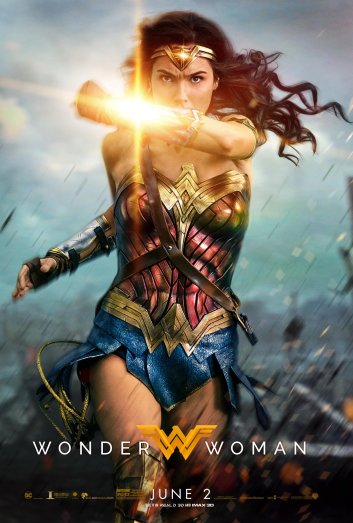 Well… since I’ve been “on Sabbatical” it’s been a miserably chilly damp last month here at “La Casa de Neko”, but finally it seems we’re going to get some well deserved warm weather for a change. Yay for that! 😉 Along with that burst of warmth, my sweetie and I have started getting out more for walks and the like as part of Carolyn’s plans to drive away those nasty “blaaahhhs” I’ve been saddled with lately. So it was no surprise that she decided we needed a proper trip to the movies for a change of pace. What to watch? Well, this time out it was my turn to learn one of my dear Carolyn’s childhood secrets… You see, way back in the day all the while lil’ Miyuki was busy playing “Jungle Explorer” or “Kung Fu Princess” she, on the other hand, was secretly smitten with Linda Carter and her own girlish dreams of being a certain Butt-kicking Amazon Princess. 😉

Oh yes… you’d never guess it, seeing her now, but it seems my adorably well grounded, very straight-laced, very sensible and no-nonsense Carolyn apparently had a few of her own silly girlish fantasies waaay back in the day. Unlike goofy lil’ me, she usually kept all that really quiet around most people, but one thing that grabbed her imagination and wouldn’t let go was the old TV series, “The Adventures of Wonder Woman”. According to Carolyn when she was 5 or 6 she spent several Halloween’s dressed up in her very own red, yellow, and blue costume complete with a long black wig, little tiara, and “magical” golden lasso (actually a length of bright neon yellow plastic clothesline she swiped from a neighbor’s backyard…) collecting her candy and dreaming of deflecting bullets with her bracelets and soundly whomping the living snot out of Nazi thugs and the like. OMG!! How I soooooo wish she’d saved some pictures of from back then!!

Given that, even if Superheroes really aren’t usually my thing, there really was no question of choice when we decided upon a nice Saturday afternoon matinée together. Afterall… this lil’ Catgirl is all about Female Empowerment and indulging in a little nostalgic game of “remember when” with my special angel is just the icing on the cake. 😉

So… how was it? Did it bring back and fond memories for my loving wife, maybe reawaken her desires to be an Amazon warrior all over again? Guess you’ll have to “Read On” and find out, now won’t you? 😉
END_OF_DOCUMENT_TOKEN_TO_BE_REPLACED 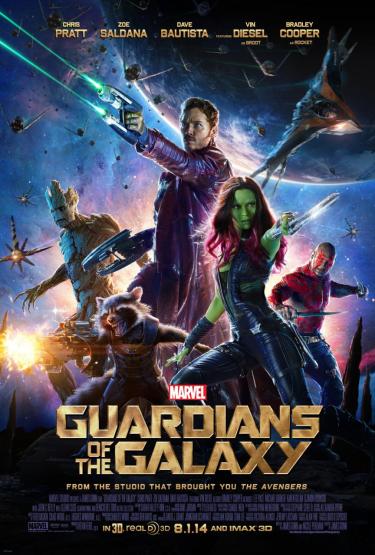 Another “Movie Nite” for my sweetie and I and this time we actually made an evening out for it with a trip to our local cinema to see the latest entry into the Marvel Comics superhero franchise, “Guardians of the Galaxy”. Now… admittedly, and perhaps surprisingly… superhero films aren’t really something this wee Catgirl has ever really liked compared to some of the other fantasy films I usually watch. However, the chance to actually get out to the movies with Carolyn usually means watching something a bit more in line with her tastes compared to an evening in with some of my crazy foreign film choices, so a movie like this one is about the closest we come to satisfying both of us. Hehehe… and in any really good relationship it’s all about finding those areas of common ground… 😉

Our synopsis? How’s this then: “In 1988, following his mother’s death, a young boy is abducted from Earth by the Ravagers, a group of space pirates. Growing up in the vastness of outer space, some twenty-six years later on the planet Morag, brash adventurer Peter Quill finds himself the object of an unrelenting bounty hunt after stealing a mysterious orb coveted by Ronan, a powerful villain with ambitions that threaten the entire universe. To evade the ever-persistent Ronan and his army of minions, Quill is forced into an uneasy truce with a quartet of disparate misfits and criminals–Rocket, a gun-toting raccoon; Groot, a tree-like humanoid; the deadly and enigmatic Gamora; and the revenge-driven Drax the Destroyer. But when Quill discovers the true power of the orb and the menace it poses to the cosmos, he must do his best to rally his ragtag rivals for a last, desperate stand–with the galaxy’s fate in the balance.”

Not being a big comic book geek, I honestly didn’t know a thing about these characters, but when my sweet Carolyn said, “Now, honey, I just know you’ll like it… it’s got a killer green assassin woman, a walking talking treeman, and an intelligent  smart-ass homicidal gun slinging raccoon in it. Trust me… this is definitely your kind of movie.” Honestly… how do you argue with logic like that? She just knows me too well…. 😉

END_OF_DOCUMENT_TOKEN_TO_BE_REPLACED

Yep…. Just when this lil’ Catgirl goes and thinks she’s seen it all, something like this comes along and makes me giggle like a schoolgirl and gasp “Huh?….WTF?!?“ From India, home of some of the downright wackiest cinema in the whole wide world comes “Mallanna”…. a Superhero/ Action/ Romance featuring a dark brooding hero righting wrongs, fighting the forces of evil, and helping the poor and downtrodden…. all while dressed like a giant rooster. Cock-a-doodle-KAPOW!!!

Our synopsis for it reads: “The plot revolves around CBI officer Mallanna, along with his oldest school friends, granting the wishes of the needy people who write letters to a local  Temple, disguised like an anthropomorphic chicken. During a CBI income tax raid, he discovers that Ponnusamy, a rich important entrepreneur, is hiding illicit money. To escape the questioning, Ponnusamy pretends to be paralyzed. The event angers his daughter Subbulakshmi who returns home from school abroad to go after Mallanna, pretending to love him, seeking her revenge. This forms a cat and mouse chase between the two. While he is also sought after by a local police inspector who tries to solve the mystery of “Lord Mallanna saving the people,” the fate of Mallanna’s disguise leads into the climax of the story.”

Like all Indian film… this one is a hard movie to describe in a quick fashion. Yes, yes….. it’s a Superhero movie…. but it’s also an action film, a comedy, a romance as well as… of course… a musical as well. But… can they really somehow outdo Batman with a story about a guy in a rooster costume?

There’s only one way to find out, and that’s for your Favorite Catgirl to pick up a copy of the newly released DVD and find out. Will it be a movie you’ll want to see as well?